The recently elected Clearwater County Council held its 2018 Budget deliberations over a period of three days last week, beginning on Wednesday, December 13. A wrap up session was held on
Tuesday, December 19.

To a regular observer of County affairs, it was obvious that there are major changes underway:
A new CAO and new department heads for Public Works and Corporate affairs presented the budget to Council.

The 2018 budget was formally adopted by Council on December 19 and details will be available when the information is released to the public on the county website next week.
The big change from the 2017 budget was the removal of some $20 million previously set aside for the planned administrative complex in the Rocky North development and the reallocation of $10 million to the Internet reserve. It was also decided to set an amount of $150,000 aside to hire an internet service manager.

Council was informed that to date $4.2 million has been spent on the Rocky North development,
which also has a mandated sand/salt storage facility

It was obvious that Council is committed to the idea of providing enhanced internet service to local residents and leverage county reserves to that end. The way that the infrastructure will be created and managed has yet to be determined, but in order to access external funding (provincial and federal) the county will likely need to be directly involved in the project.

At this time the county has $73 million in aggregate reserves, some of which were reallocated to road paving projects In  the upcoming year. According to Reeve Vandermeer, Red Deer County has made road paving a priority in its budget. The cost per kilometer of paving is about $1 million.

As a matter of interest, the cost of the County newsletter that is mailed to 6,600 county residents bimonthly is about $6,000.

1. North Nordegg Subdivision Resident Dust Suppression Request
A letter from area residents in this subdivision was presented to council asking that the two main arteries leading into the area (one on the west and one on the east) receive improved dust suppression. Most recently a product called MG 30 had been applied and this basically turned the road into “snot” when it rained. MG 30 is a water based product mixed with various chemicals such as calcium chloride and/or magnesium hydroxide. Another suggested product, SP90, is oil based, mixed with gravel and packed. This is more costly but has a longer life span and is more “user friendly”. After good discussion council passed a motion to provide dust suppression using the SP90 product.

2. Meeting Procedure By-law Final Draft Approved
The major change here is that the council agenda package will be sent out on the Wednesday prior to council meetings. This gives councillors the much needed time to read through, consult, and research information on topics on the agenda. Previously they had received the agenda on Friday afternoon with meeting on Tuesday morning. Another important change was that there would be more information listed as to the topics to be discussed in camera and that the public attending the meeting when council went in camera would be notified as to when the in camera session was ended. They would then be invited to come back in to the public meeting.

3. Code of Conduct By-Law Final Draft Approved
The main change here was that if there is a complaint related to a council member that complaint would be brought to/addressed by the reeve and deputy reeve instead of the CAO (Chief Administrative Officer).

4. Municipal Governance Training
Various opportunities for councillor training were discussed and a motion was passed that administration look first into organizing the Munis 101 and Sage Analytics workshops with potentially a Parliamentary Procedures workshop at a later date.

5. Invitation to council from MP Jim Eglinski
An invitation to attend a Community Crime Awareness Meeting on December 18, 2017 at 7:00PM at the Caroline Community Hub was received. A motion authorizing council to attend was passed.

6. Council Compensation
Excellent discussion took place on councillor remuneration and the proposed County and Board Remuneration Policy. During the discussion it was noted that currently council remuneration is at the 16th percentile of surrounding jurisdictions. As of January 18th the increase approved at the September 12 council meeting would put compensation at the 25th percentile. It was suggested that remuneration would not need to move above the 40th percentile as compensation is not an initiative driver for council involvement.
Most of the discussion focussed on the establishment of a Council Compensation Committee with the proposal that this be a 5 member committee made up of 2 past councillors and 3 members-at-large. The suggestion was made that councillor compensation be reviewed prior to election so it doesn’t look “self-serving”.

7. MRWSA Report on Rural Homelessness
A very interesting report was given by Gwen MacGregor, Point-In-Time Coordinator, and Cindy Easton, Executive Director of the Mountain Rose Women’s Shelter Association on homelessness in the town of Rocky and Clearwater County. They had conducted a survey in September 2017 with 68 surveys completed. At that time 46 people were “unsheltered” and staying in various forms of accommodation. In the survey the participants were asked what the reasons were for their current situation and what accommodation they had been using. A comparative survey is being planned for May/June. This is a community issue and will need to be addressed through various partnerships.
8. Clearwater Broadband Foundation Public Presentation Jennifer McDougall, Chairman of the Clearwater Broadband Foundation, along with four other members of their board attended to present information about their activities, proposed plans, and a request for funding. Following their presentation the meeting went in camera to discuss, with council, their proposal. The in camera session was intended to protect third party interest.
Following a recess for lunch the council meeting reconvened. The Clearwater Broadband Foundation request for $9.5 million was declined

9. All Hallows Church set to be moved  Council agreed in principle to transferring ownership of the Cheddderville Church to the Community Historical Society of Caroline once the society secures sufficient funds for relocation and land reclamation costs. 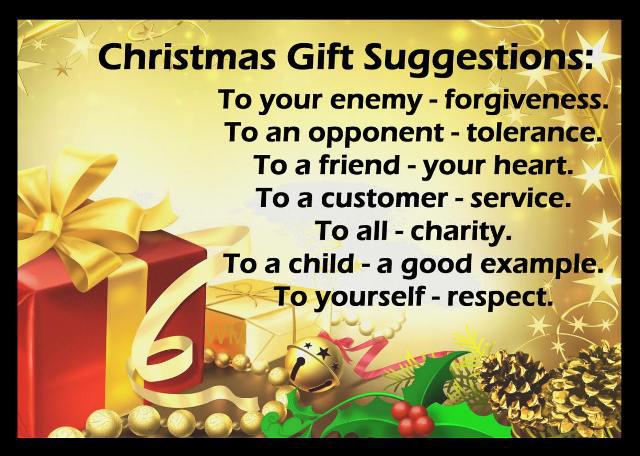 1. CCTA AGM
A very successful Annual General Meeting was held on November 9, 2017 with 42 attendees. Executive and Board Members for the next year will be: President—Marianne Cole; Vice President--- Dan Warkentin; Secretary--- Susan Durand; Treasurer--- Pat Butler; Board Members: Trish Bingham, Jim Foesier, Al Gaetz, Ken Qually, and Larry Titford. Our MLA Jason Nixon was the guest speaker and did an excellent job addressing happenings in the Legislature and people’s concerns, most notably crime issues and Bill 24 re school/parent communications.

2. CAO Change
Following special council meetings on November 2 and 3, Ron Leaf resigned as the Chief Administrative Officer for the County. Rick Emmons was then appointed as acting CAO and was affirmed as the Interim CAO at Council’s meeting on Tuesday, November 28, 2017.

3. Winter Gravel
Councillors have received a request from Public Works for information as to where they feel winter gravelling is needed in their divisions. A couple councillors expressed a desire to gather information from residents as to where this might be necessary or beneficial. I said I would put it out in our newsletter and encourage any of you with thoughts on this to contact your councillor.

Bylaw Reviews/Changes
Discussion took place on both the Meetings Procedures and Code of Conduct bylaws. Meaningful changes to the Meetings Procedures Bylaws proposed earlier release of the council agenda package with the agenda coming out on Wednesday prior to council meeting rather than Friday. As for the Code of Conduct Bylaws the changes focussed on reporting issues with councillors to the reeve or deputy reeve rather than the CAO.

Live Video Feed of Council Meetings
This idea was brought forward during the election campaign as a method of increasing transparency. An initial estimate of cost for such a system was $75,000, but council asked that more information be gathered not only on various systems but also other ideas to promote transparency.

Rocky and District Chamber of Commerce Request for Funding
President Colleen Dwyer and Executive Director Prab Lashar attended council meeting again to present further information on their operation as well as reiterate their earlier request for financial assistance. They mentioned the various community events they organize/promote and their benefit to the area’s economy. They highlighted their recent hosting of CBC who was doing a special documentary on the Duvernay geological area (the eastern slopes of the Rockies). We will try to notify you when this documentary will be aired.

Concerns from councillors were voiced about the ways the Chamber might ensure future financial stability and a cooperative coordination of promoting the economy with other groups such as Ignite Rocky and the Caroline Chamber of Commerce. In the end Council voted to provide the Chamber with a $30,000 grant.

Broadband/internet Discussions
Tracy With from Banister Research presented an excellent report on the broadband survey that Banister had conducted with both businesses and residents in the county in October. They had conducted phone surveys and paper copies could also have been printed off from the county’s website. 380 phone interviews were conducted and 42 paper copies were received.

Questions focussed on what services were used (internet, TV, and phone, both landline and cell), as well as the level of satisfaction with each. The summary suggested that both businesses and residents felt there is a definite need to access faster, more reliable service as these are essential services.
Concerns were expressed equally by both groups over the potential costs that might be incurred with adding to the current levels of service along with suggestions that the county should not be involved in this type of project.

Council will be developing a Broadband Framework Policy and we certainly encourage public input. Stephen Bull from the province’s Internet Secretariat will be addressing council on January 9, 2018. He is very knowledgeable on this matter and has spoken to council before. It would be a great opportunity for anyone to gather information on this subject which will be a major item for council to address in the next year. We need to be informed as best we can and then pass on our ideas to council.


ROSES
A special bouquet of roses goes out to all our council members. It has been a breath of fresh air to attend council and experience the welcoming, congenial atmosphere. Along with that is a noted desire and effort to make decisions in an open, transparent manner, reflective of the best interests of economic well-being, financial responsibility, and resident benefit. You all deserve a special Christmas bouquet and best wishes for a great New Year.

To remain a strong voice and supporter of the taxpayers of Clearwater County in Alberta, Canada